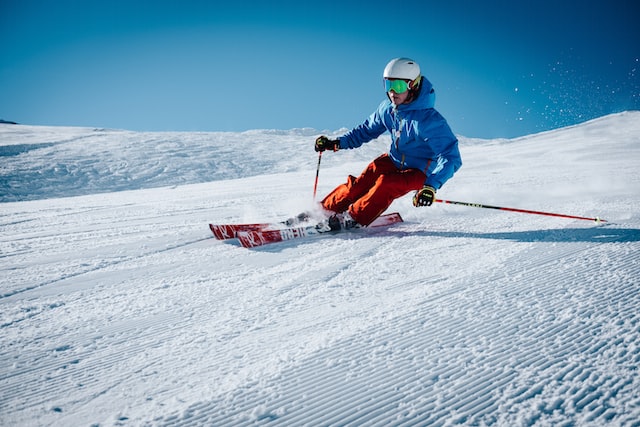 In the last tour jumping the DSV eagles again had the worm in it. The favored Norwegian Granerud, however, was crowned the overall winner.

Germany’s ski jumpers experienced the next sporting debacle in the Four Hills Tournament and once again played only extra roles in Halvor Egner Granerud’s triumph. While the Norwegian showed two more dream flights (139.5 and 143.5 meters) in Bischofshofen on Friday and captured the golden eagle for the first time for the overall winner, as in Innsbruck, no German made it into the top ten of the daily ranking.

Even more serious: Andreas Wellinger and Co. also had no chance in the overall ranking. Wellinger fell out of the top ten after a mixed performance as the best German and finished eleventh. The last time there was a tour ranking without Germans in the top ten was twelve years ago, but even then the result was even better.

DSV eagles without a chance
Granerud’s triumph, for whom it was the biggest success besides his overall World Cup title in 2020/21, was no longer in great danger in the permanent duel with Poland’s Dawid Kubacki. The 26-year-old also ended Norway’s overall victory lull in front of 14,000 spectators, which lasted 16 years since Anders Jacobsen’s title in January 2007. Anze Lanisek from Slovenia completed the overall podium in third place. The trio had dominated the entire tour. On Friday Granerud won again, this time ahead of Lanisek and Kubacki.

For the German team, the jumping spectacle ended more drearily than it had in a long time. The protégés of national coach Stefan Horngacher were again without a chance against the furious flying world class. Horngacher had already said before the sobering final competition that it is currently the bitterest phase in his three-and-a-half-year tenure. The first Tour victory since Sven Hannawald in 2002 was already no longer a topic at all from the New Year’s jump.

Kubacki crowns special day
For the first time in three years, spectators were allowed at the traditional tour final on Epiphany Day. Therefore, already around noon, a boisterous party with loud music and several large stages was running in the tranquil town in Pongau. Three fans came dressed up as “Holy Three Beer Kings” with crowns of foam on their heads, in keeping with the occasion. In the pubs, the “Stefan Kraft Springer Toast” was served as an appetizer in honor of Austria’s top pilot.

For yellow-bearer Kubacki, the day began with special news. His wife Marta gave birth to their second child together in their home country. “The baby was born during our warm-up. I just saw him with a huge smile. He is doing very well,” said Poland’s head coach Thomas Thurnbichler on ARD. Kubacki’s first child had already been born during the Four Hills Tournament – two years ago he had won the New Year’s Jump directly afterwards.

For the German athletes it was only a matter of damage limitation after the debacle on the Bergisel. In the course of the 71st tour things went worse and worse for the Horngacher team. A decent start in Oberstdorf was followed by a mixed result in Garmisch-Partenkirchen and a heavy defeat in Innsbruck, when suddenly no German was among the top ten.

In Bischofshofen, things did not improve significantly. Top athlete Karl Geiger only made it to 23rd place after 51st place in Innsbruck. Youngster Philipp Raimund ended his amazing tour as a bright spot again as the best German (twelfth place). Olympic champion Wellinger had to defy his own state of health on the huge Paul Ausserleitner jump, which had left much to be desired, especially on Thursday. “I’m feeling a bit better, but good is still far from the stage. My energy level is pretty far down,” said Wellinger, who had stomach problems.

That was also true for the snow level. Apart from the artificial snow on the hills, there was nothing wintry at all on the ten days from Oberstdorf to Bischofshofen. In Garmisch, some fans stood in the run-out area in a T-shirt at 15 degrees, in Bischofshofen there was initially a lot of rain and then a sunny day with again clear plus degrees.

“It’s very, very sad, no matter at which station. We didn’t have snow anywhere except here at the ski jump. It’s very sad when you think about the fact that it’s actually a winter sport,” Raimund said. He assumes that the future of ski jumping will be on mats. 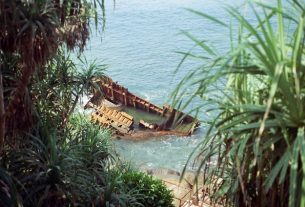 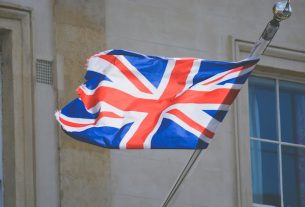